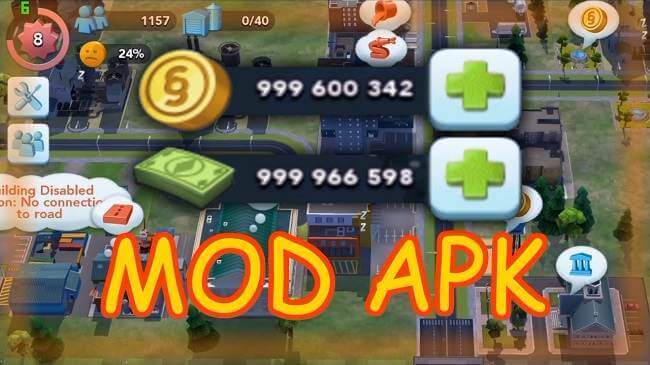 The gaming industry has been one of the fastest-growing industries for the past few years. It is estimated that the sector generated $159.3 billion in 2020, which represents a 9.3% year-over-year growth. The corona-virus induced shutdown was one of the greatest contributors to the growth that was experienced in 2020.

Gaming is one of the sectors that brings together some of the finest developers in this world. Unfortunately, most gamers do not understand the efforts that it takes for these developers to bring these games live. Some of these gamers just come across the final products that are ready for use.

Contents hide
1 What is an APK game mod?
2 Why modded game apps?
2.1 Unlock premium features
2.2 Get extra features
2.3 Avoid bureaucracy
2.4 Remove permissions
2.5 Makes some games lighter
3 Are modded games illegal?
4 Where can you get modded games?
5 Why do you ensure that you don’t download viruses?

What is an APK game mod?

A typical Android app is usually packaged into a particular file that comes with an .APK extension. The resulting file is named an APK file and contains all the elements that make an app and can be installed on a device that runs on Android.

Mod, which is the abbreviation of modification, refers to altering or editing the elements of the APK. The developer modified app can thus enable some features, add or remove some of the original app elements. The features of the modded game will depend on what the developer wants to achieve.

Most games have two versions. You will find a free version with some limited features and a premium version with some advanced features. Gamers can thus enjoy the premium version when they pay for the features. Some of these games have one-time payment options, while others have renewal packages monthly. Modded games allow gamers to access premium features without paying a dime. Such players can thus enjoy all the features just like the premium subscribers. Some of the modded apps may have a one-time subscription fee.

Game developers who modify existing apks aim at making games better. They may thus add some extra features on such apps to increase customer experience. For instance, you may find some extra terrains or cars if you are playing a car racing game.  It may take time before the developers of the original app realize that some features can make these games better. The choice of the features will depend on your taste and preferences. There is also assurance that you will get updates for free on the modified games.

Are there instances where you are playing a certain game only for you to realize that you have to hit a certain target to go to the next level? It happens all the time. You may thus find yourself stuck on the same level for ages simply because you cannot hack it. The subsequent levels could be amazing, but you can still not open them. APK modification makes it easy to navigate your games without following a given protocol. Some of these modded apps allow you to change levels even without unlocking and make your gaming experience better.

Have you ever tried to launch a game only to be notified that it is not supported in your region? You may have been disappointed, but there was nothing that you could do about it. Modded apps allow you to bypass region restrictions and enjoy gaming irrespective of your location. There are also instances where some games can only be saved in specific locations and devices. The modification makes it possible to install such games even on other devices.

Some games need powerful mobile devices to run. Most people never enjoy such games because their devices cannot run such apps. Game modification is one of the approaches to make such games easy run on almost every mobile device. Some of the games can also run on specific operating systems. Game mods is meant to bypass such restrictions and open them up to almost all devices.

Game modification is a controversial issue that needs to be approached with care. Modded games aren’t official apps. It thus means that the developers modify the original apps and add or unlock some features. The users are not technically at the risk of a crackdown since there are millions of downloads. The distributors are the ones at risk of copyright laws. You can still ensure that you are safe and anonymous when you mask your IP address using a VPN or RDP approaches.

Where can you get modded games?

Most people head to Google Playstore when they want to download games and other apps. You are also likely to find some mobile devices that come with preinstalled apps. However, you will not find modded games in the play store. The store has some regulations that come developers have to fulfill before their applications can be listed there. Getting reputable sites such as androidhackers.io is thus the best approach when one is looking for game mods. You are assured that such games have been tested and proven to be safe for your mobile device.

Why do you ensure that you don’t download viruses?

You may have heard cases where people have lost crucial data after downloading unverified apps. Some people also end up crushing their phones after downloading viruses which are hidden in such apps. The game mods are made by 3rd parties. However, you can still ensure that what you are downloading is safe by checking the reviews of the app in question. You can as well check the reputation of the provider to ensure that you are dealing with genuine dealers. You can also ask around in different forums to ensure that you land at genuine game mods.

Game mods are a hot topic that attracts discussion from different quarters. The choice of either having the original game or a mod will depend on your taste and what you want to achieve at the end of the day. Ensure that you vet the website that is distributing the game to avoid installing something that might harm your mobile device.

Read More:   How to choose your gaming computer? 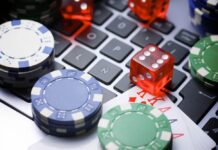 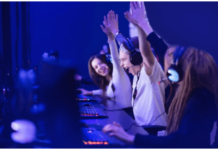 A guide on the most popular eSports today 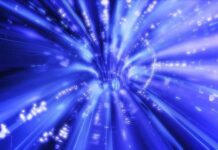 Why Internet Speeds Are So Important for Online Gaming Industry