Comic book fans are not usually satisfied with just reading them. Especially if they are creative. Sooner or later, in this case, everyone wants to create their own comic.

Some time ago it could only be done in a rudimentary way, on paper. But the advent and popularization of software tools have made creating your comics much easier. Whether you are an amateur or a design and illustration professional. In addition, using these programs may make you discover your vocation , and you want to train to make it your profession. Along these lines, proposals such as the digitaltechupdates Online Master in Illustration and Animation offer  you everything you need to learn to be an illustrator . But to discover it, and dedicate yourself to the creation of professional comics, like many famous illustrators, first you have to know the characteristics of illustration   and experiment with various tools. Like the ones shown below.

How to create digital comics?

To be able to create comics by computer you have to take a few steps. Many are the same that you must give to design them in a traditional way. Thus, before starting to draw it with the computer , you must be clear about several things. To begin with, you have to decide on the theme and plot of the comic . You also have to choose the characters, and write the script .

Afterwards, it is time to specify the dialogues and the action . With this you will be able to get an idea of ​​whether what you need to draw is a comic strip or a longer comic . Or its extension. Based on this, you will be able to choose the digital comic design tool or tools that are available to you on the Internet for free.

Where can I make a free comic?

On the Internet there are various websites that you can use to create comics and design comic strips without spending a single euro. You can do it, therefore, completely free, with tools like these.

Pixton is acomic creation tool for personal use, which has a paid version for users who want to design them for commercial use. It is available in Spanish, among other languages, and in its free version it even allows you to share the created comics. Of course, you can only use it for free for one week.

Lets you design a comic strip, a comic or graphic novel, or a storyboard. For each of these formats, it allows you to resize vignettes, draw them and color them . In addition, its editor offers all kinds of tools, both basic and advanced. Of course, there is a limit of three characters for each vignette that is designed, and their position and that of their speech bubbles is predefined.

Bubblr is a free utility that lets you create comics or comic strips from images and photos stored in a Flickr account . You don’t have to open an account to use it. All you have to do is enter your Flickr account data into the tool to choose the files for the comic. They will appear in your workspace, and you just have to arrange them and insert the balloons to write the dialogues.

Write Comics is a website that has afairly simple tool for creating comic strips and comic strips. Its editor is limited, and it does not have the possibility of generating 3D images. In addition, those who have experience in creating comics are sure to miss many resources and objects.

However, the tools and resources it offers are useful for developing comic strips and comic strips. Of course, the style of those that are drawn with this tool is quite reminiscent of newspapers . It does not require registration, and to design a comic you just have to add elements, characters and speech bubbles to the first scene of the comic, and add more as you finish them.

As on the previous website, on the Witty Comics website you won’t have to register to be able to use it. The website directly shows a strip with three vignettes , already with characters and all kinds of elements, which you can change and customize according to your tastes and needs. The options to make the changes and modifications you need are located under each bullet.

That yes, they are somewhat small, and unless you have a good size monitor you will have to try each element one by one to see what result they give in the vignette in which they are. Of course, they are not too many. In addition to the elements and objects for the panels, this tool also offers you different types and designs of speech bubbles . Thanks to this you will be able to use their appearance to qualify what is going to appear in them and indicate, for example, if a character is shouting or speaking in a low voice.

In addition to a tool for creating all kinds of designs and graphic materials, Canva also has various options and templates for generating comics and comic strips . You can choose to be based on a pre-designed strip or comic, and customize its elements, or a blank template with various panel layout options.

After selection, you can include all kinds of elements in the panels. Both those that Canva has preloaded, and others of your own that you want to incorporate into your design. It allows you to record it in different formats, in addition to having options to prepare it for broadcast through different media. Of course, to use it and be able to save your designs you will have to create a user account. It is free, although there is also a payment option with more resources and options.

Storyboard That is an online comic book creator tool with which you can generate strips and comics for personal and educational use, but also for business. Its free version has thebasicand necessary tools and elements to be able to create your designs.

In case you need more elements or options, you can upgrade to its paid version. To start using it, you just need to open the editor and choose the ‘ Create a comic’ option . You will see that three blank bullet points have appeared on the screen. To them you can drag the backgrounds, elements and characters that you want to include in the strip.

These are the main tools you can use to create comics and graphic strips online. And without having to invest a euro in it. So all you need is your imagination, some design and illustration knowledge , and you win. 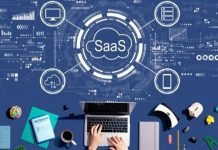 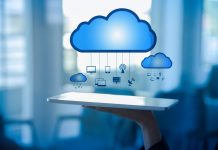 Why Cloud Migration Is Critical For An IT Business