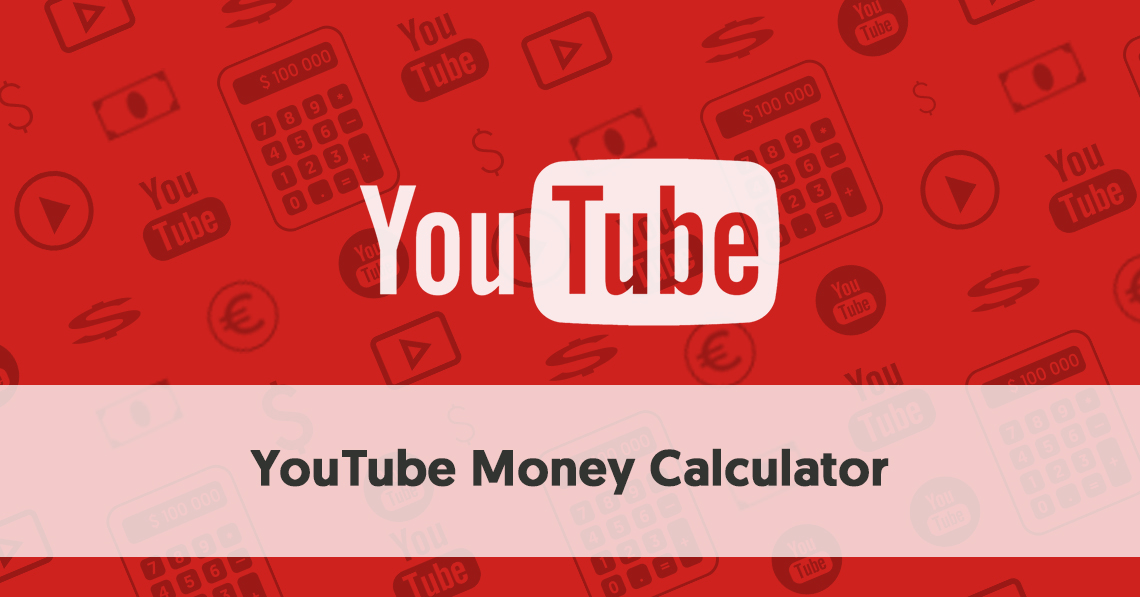 This world is full of skeptical people who do not believe that it is possible to make money on the Internet. Actually, there are numerous success stories of people who have made their fortune online. YouTube is just one of the many ways you can become an internet craze, and if you’re lucky, a millionaire.

Contents hide
1 Below is a guide on How Much YouTubers Really Earn:
2 What can you earn in the beginning of your channel?
2.1 In the Beginnings of your channel you are building a reputation instead of an income.
2.2 YouTube Money Calculator
3 Moderately Successful Channels
4 Success Starts at 1,000,000
5 YouTube Superheroes
5.1 According to Forbes the Top 10 Highest Paid YouTube Stars of 2015 were:

Below is a guide on How Much YouTubers Really Earn:

In this post we will discuss how people make money on YouTube. But how much do they earn? Well, here’s an Earnings Estimator to take a look at – read on to find out exactly how much YouTubers make:

Of course, for thousands of YouTubers the answer is “nothing” or “very little.” However, there are many YouTubers who live comfortably thanks to their videos on YouTube. Plus, of course, there is a small elite group that make extraordinary income from the videos they create and post online.

When it comes to earning money on YouTube, success attracts success. You will realize that the first dollar is the hardest to earn. The more subscribers you have, the more people will click on your ads. The more people click on your ads, the better known you will be and the more likely that brands will offer you sponsorship or merchandise contracts. The more popular your channel becomes, the more chances you have to join a multi-channel network . It’s like being on a gigantic uphill spiral.

What can you earn in the beginning of your channel?

It is unlikely that you will earn anything when you upload your first video on YouTube. You are a novice and you are definitely a long way from being considered an influencer. However, everyone had to start from the bottom. Even PewDiePie was an unknown when he uploaded his first video in 2010. Now he’s so famous that people make videos interviewing early PewDiePie subscribers , asking them if they feel famous. Going back to the beginning, he was still making niche videos in Sweden.

In theory, from the moment you create your YouTube channel, you can sign up for an AdSense account and enable monetization of your channel. However, in practice, it’s unlikely you’ll be able to make any real money until you’ve increased traffic to your site – and by that, I mean real traffic from people watching your videos, not taking the short cut of pay-per-views. .

Although there are some ads that are CPM (cost per thousand views), many are CPC (cost per click). In order for you to earn anything from a CPC ad, you need the viewer to click on the ad. In reality, only a small percentage of viewers will actually click on the ads surrounding your videos. Even CPM video ads themselves require more than a cursory glance. For it to count as payment, the viewer must watch the ad for more than 30 seconds, (or half of the ad if it is a very short video). Think about how many people skip the ad at the beginning of the video, eliminating any possibility of paying the channel. If your audience clicks or watches your ad long enough for you to earn revenue, you share any ad revenue with YouTube.

In the Beginnings of your channel you are building a reputation instead of an income.

Choosing a popular topic and engaging in affiliate marketing is one area where you should start to make money with a relatively small number of subscribers. For example, you could start making money if your videos review a popular type of product, and you link an affiliate sales page to that product.

To get a rough idea of ​​how much YouTubers earn, you can use the earnings estimator below by entering the YouTube channel name. 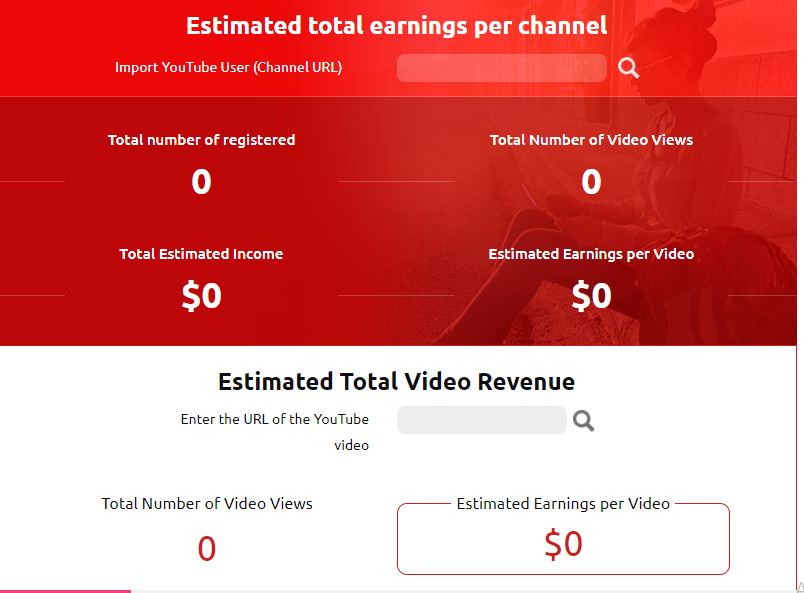 Of course, some niches make money more easily than others, so if you want to live off your channel earnings, it can probably help if you’ve created a channel on a topic that people are interested in. Gaming is possibly the most successful niche. Let’s face it, gaming itself is a huge industry, and many gamers have reasonable levels of discretionary income to spend. Other successful niches are:

With enough perseverance, not to mention on-camera talent, you should eventually climb out of YouTube’s graveyard of poor artists. At this point you should be getting some AdSense income each month, plus affiliate marketing income, if you went that route as well.

However, at this stage, you are still producing videos primarily for love, paying your daily survival bills with some other source of income. At this point, you could be considered a minor influencer in a particular niche.

Once you have reached 20,000 subscribers, you should think about crowdfunding through sites like Patreon. The average Patreon contributor donates $7, of which Patreon keeps 5% as commission. Remember, though, that if you’re uploading videos on a regular basis, you’re likely to receive recurring payments from your Patreon supporters. One example is The Comedy Button which currently has 5,266 patrons paying them $13,129 per month. This is a YouTube channel that has around 24,500 subscribers.

Once these channels start to recognize success, they should look to do more with their AdWords, for example deliberately go after relatively high cost-per-click (CPC) phrases. For example, if they are a review channel, they might focus on reviewing products that attract higher CPC ads.

At this point, the channels could be famous enough that smaller brands ask them to promote their products. But, by YouTube standards, these channels are still small, so the revenue generated from sponsorships and ad placement still won’t be enough for YouTubers to make a living from their channel.

In fact, as Gaby Dunn writes on Fusion , the middle years of a YouTube channel’s life are often the hardest. A lot of times channel owners need to work full-time to create video content, but people only see them as slightly influential, and, truly, the channels aren’t generating a full-time income. Dunn runs a channel with a friend, Just Between Us ., which currently has 728,866 subscribers. You might think that it would be enough to ensure financial survival. But, Dunn says that “despite this success, we barely make ends meet….it’s not enough to live on, and the money coming in is unpredictable. Our channel exists in that YouTube no man’s land: brands think we’re too small to sponsor, but fans think we’re too big for donations.”

Of course, this depends on who your audience is. A problem faced by many YouTubers is that their followers are by nature anti-establishment, anti-capitalist and against the idea that their YouTube heroes are selling themselves. Other types of channels, like review channels, gaming channels, and of course business channels, have it easier. Their followers expect these channels to make money, so they can’t resist helping them.

Once a YouTube channel’s subscriber count hits the millions, life for its owners starts to get easier. These channels are starting to find fame and be recognized as influential in their niche.

1,000,000 subscribers sounds like a lot, but these channels are still not part of the elite group. There are now more than 2,000 channels in the 1,000,000+ club. Some of these are superstar channels, particularly official music channels like Justin Bieber and Rihanna, but many are just ordinary people who have built an audience on YouTube.

Once you have an audience of this size, you have the traffic to make decent money.

Clearly, at this level, a channel is also likely to have opportunities for sponsorship, promotions, and ad placement. Also, many of these YouTube stars are so well known that they can market products to their fans. Any review channel of this size will often make good money from affiliate marketing, even if they only link to Amazon, whose affiliate advertising payout ratio of 1-10% is comparatively lower.

Then we have the real YouTube stars, some of whom earn stellar incomes from their social media activities.

It’s impossible to get exact revenue from YouTube – there are too many variables and undisclosed figures. However, there are plenty of websites that provide a “best estimate” of the revenue that the leading YouTube channels earn. Forbes released a list of the highest-paid YouTubers of 2015. As of the end of June 1, 2015, the top ten channels each posted pre-tax earnings of at least $2.5 million. The Swedish Felix Kjellberg, better known as PewDiePie managed to add $12 in that fiscal year – an income that is not bad for someone who spends his days playing video game

According to Forbes the Top 10 Highest Paid YouTube Stars of 2015 were:

In January 2016, Money Nation pulled out its financial calculator and estimated that PewDiePie was worth $78 million. He is an example of how, over a number of years, you can generate income directly from YouTube and also from the side jobs that come from your success there. According to Money Nation’s calculations, his net worth since creating the channel has grown as follows:

You can’t ignore the importance of their merchandising earnings. Money Nation estimates his merchandising earnings during that period to be $41 million, along with the estimated $112 million he earned directly from his YouTube channel. They also calculate that PewDiePie’s annual salary would be approximately $14 million.

While PewDiePie is more of an exception than the norm, his financial success has to bode well for all content creators on YouTube. His figure must be a source of inspiration for everyone who starts a YouTube channel. Yes, it is difficult to make money on YouTube. Yes, you have to work constantly, you not only have to make your videos but also promote them and build a relationship with your audience. Still, PewDiePie has proven that you can be a hit on YouTube. You can be rich and, at the same time, be an important influencer for your fan base. You just have to survive the hard times and those tough years in between. Indeed, those who succeed can progress very well. 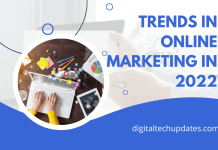 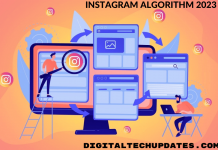 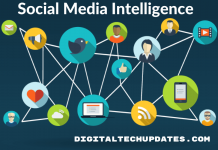