Ironically, the society we have today, which is so dependent on having a phone everywhere, is also the one most reluctant about answering the phone. We tend to use our phones for text messaging, web browsing, and games more than phone calls. When the phone does ring with an incoming call, we treat it like an interruption.

Scam and spam callers are the worst kind of interruption. Some 25% of all phone traffic in the United States is phone spam, according to the FCC. It’s become an ever-present nuisance, with an exponential rise in recent years. Scams perpetrated over the phone account for Americans losing billions of dollars per year, with approximately one in ten people becoming victims of a phone scam.

Fighting back using reverse phone lookup services such as those offered by online security sites like CheckPeople is one of the few tools ordinary citizens have. For using services like these, here are a few pointers on what scenario will call for a reverse phone lookup.

Robot callers are the constant target of new laws and legislation enacted at both the federal and state level, and yet they still persist.

There are a couple of snags hindering the regulation of robocalls. For one thing, they’re used for legitimate purposes, even by the government for occasions such as notifying parents of school busing delays due to bad weather. The medical industry also uses robocalls for things like appointment reminders. They’re a labor-saving device that much of the industry has come to depend on, but even at that, many states are mulling over just banning automated calling anyway.

The other snag is that the technology is so readily available worldwide, and easily exploited especially from international numbers. It’s difficult to catch offenders and especially hard to block them at large.

There seem to be as many kinds of phone scam as there are phones. Some of the more common varieties include:

In all of these cases, the scam is a ruse to attempt to get money out of the victim or to steal their identity. There are a few ground rules to help spot these scams.

The IRS, financial institutions, police departments, and other positions of power do not cold-call individual citizens, as a rule. Banks and the IRS will typically communicate through the mail or email. At no point is anyone from a legitimate organization trained to request private data over the phone, such as social security numbers, passwords, or account numbers.

Debt collectors, if legitimate, have rules and regulations by which they may operate. They are prevented by law from committing acts resembling that of harassment and extortion.

In general, you should be suspicious of any attempt to obtain money or data over the phone.

There are some scams involving things like back-charged packages off Amazon and such, but more commonly there are honest mistakes as well. If a phone number is the sole identifying information on an order, it can be handy to clear up these kinds of mishaps.

Most of the time, a scammer, spammer, or other unsavory caller will have their number in several online databases devoted to tracking nuisance phone calls. You can check at one of these, and if it’s not present, add it.

Most modern phone’s operating systems come with free apps or default features to help you block unwanted calls. These range from a simple number blocker to automatic call screening to white lists, where you block all calls except for the select list of numbers you allow.

Most phone service providers also offer layers of protection from phone spam. The major ones, such as AT&T, Verison, and T-Mobile, offer downloadable apps.

Be sure you’re registered on the FTC’s do-not-call list. This won’t stop unscrupulous scammers, but it will prevent telemarketers who operate within the law.

A note of caution: Avoid the temptation to attempt revenge by harassing the caller back, or trying to toy with the spammer for amusement. Most spammers know about these kinds of tactics and will try to use them against you, possibly even tricking you into giving them whatever they wanted anyway. This isn’t the place for citizen vigilantism. 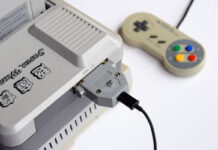 How Do Parallel Ports Work 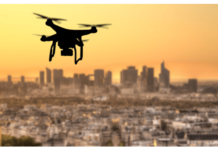 Drone LiDAR Is on the Rise: Here’s What You Need to Know 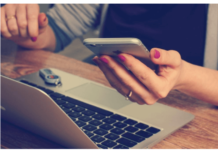 The importance of having a blog on your website

5 tips to be on Instagram, generate business and not waste time

12 Digital Marketing Techniques That (In Theory) Will Sweep In 2020

How to Apply for Mudra Loan online?