Today, live streaming from home is commonplace. In the pre-2000 era, it was inconceivable, even with the internet being around for several years. The tech limitations of this time made it virtually impossible to provide a live video feed of a decent quality to a vast number of internet users. All that changed in the mid-2000s, a period when ADSL and cable access became the norm. In 2007, Justin.TV debuted as a general-interest platform that allowed anyone to broadcast video online. Four years later, its most popular section, gaming, got its website named Twitch, and the rest is history, as they say.

Now, in 2022, the average number of active concurrent Twitch viewers is 2.7 million, with 8.2 million unique creators offering various content in different-sized chunks each month. Naturally, among these are casino gamblers who supply feeds of themselves playing at sites like Casumo. These game-of-chance enthusiasts can become the cause of many controversies regarding if they are duping their viewers by gambling with fun credits or utilizing unique casino bonuses that help them maintain their crazy betting schedules. Whatever the reality is, here is a breakdown of the four most famous online casino gamblers that stream their sessions for the world to see.

Real name Tyler Faraz Niknam, Trainwreck is an American Twitch streamer that began his streaming journey in 2015, offering predominantly gaming content. He is a Scottsdale, Arizona native, a graduate of Arizona State University, finishing his education at this esteemed college with a bachelor’s degree in analytic philosophy. Niknam gained massive popularity for his hours-long coverage of the 2020 Presidental Race, and he moved to Canada in 2021 to continue gambling online and streaming his betting adventures. The main reason to re-locate to the Great White North was to evade US cryptocurrency tax laws, as he prefers to wager using cryptos. Trainwreck has landed multiple staggering wins on his streams, including a legendary one of $22 million on the slot Might of Ra.

Calling himself a casino philosopher with incredible technique, the fedora-wearing Roshtein is a casino streamer that divides interactive gaming audiences into super fans and those who hate him with a passion. His real name is Ishmael Swartz, and he is a Swedish-born gambler now residing in Europe’s gaming haven, Malta. His moniker is a nod to an infamous 1800s American gangster. Roshtein generates around 3.8 million views every month, and he is famous for his high-stakes sessions that last extended periods. His most massive win is a prize of $18.5 million on the reel-spinner Wanted Dead or a Wild.

CasinoDaddy is not one person but a team of three brothers from Sweden. Their names are Eric, Anton, and Matthias. These three siblings sometimes play together, but they mainly like to stream in pairs. Their favorite gambling picks are slots, but they also enjoy live roulette and playing poker against others. The thing about their Twitch channel is that it is live fourteen hours per day, and it shows them testing their luck with high-stakes bets. Like most other popular Twitch broadcasters, the three brothers also run a YouTube channel under the same name, where they clip their big wins and parallelly stream their sessions. It has eighty thousand subscribers.

m0E_tv is a former full-time Counter-Strike competitor that began to take streaming seriously back in 2021 when he got a partnership deal with Justin.Tv. m0E, real name Mohamad Assad, retired from competitive gaming in 2016, and this Palestinian-American gamer now makes CSGO-related content and is best known for his rage-filled streams. However, m0E sometimes also likes to test his luck on slots, favoring simpler releases such as Sweet Bonanza. 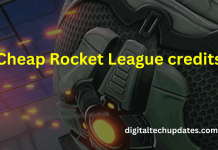 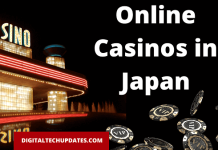 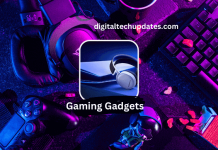