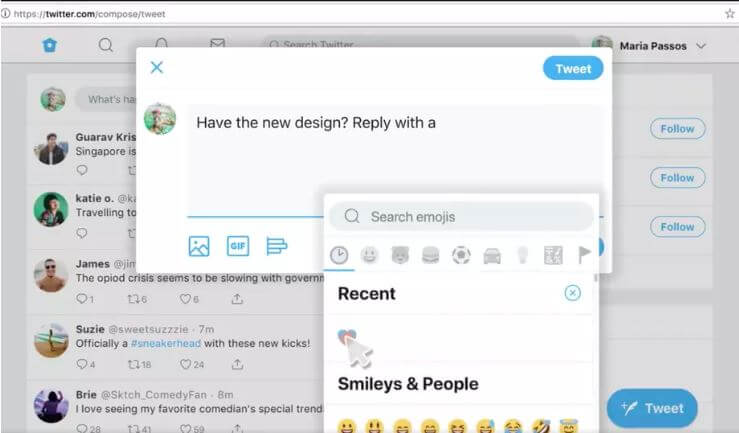 Contents hide
1 Twitter tests redesign of the web interface to the Mobile User
1.1 Kids and Technology
1.2 Change of design
1.3 How to Decrypt PDF File With or Without Password
1.4 The new look also in other sections
1.5 5 Tips To Improve Your YouTube Marketing Strategy

Twitter tests redesign of the web interface to the Mobile User

New Year, new website. Twitter seeks to improve the user experience and does not forget those who use the social network on the computer. Among the novelties prepared for these customers, currently in the launching phase, stand out a graphic design more akin to the mobile applications, further development of the advanced search option and reduction of the space for numbers and data in the profile section. Twitter is inviting some users to try the new version through a section that appears on the home page. It is also possible to see how it is when you connect with a desktop browser to the mobile version of your website.

The announcement that the premiere of the new look had begun came on Monday through the company’s official account on the social network itself. “Some of you have an option to try it now,” the message explained. As they showed some pages of news specialized in technology, in the home of these users appears a section with the key Take a look. When you select it, the web configuration changes to the new aspect.

Twitter gives the possibility of returning to the previous version. To make this change, you must click on the name or profile image of the user on the top right and select the option Switch to the previous version of Twitter. In the same section, the company also offers a space, indicated by the option Send a comment, to give suggestions and opinions on the proposed novelties. Hours after the publication of Twitter, some users of the social network pointed out that when looking for the best twitter apps or the mobile version in a desktop browser, one practically identical to the new one opens.

Much of the changes of the new version are already noticed as soon as it is accessed on the computer. The first thing is that all the contents are distributed in two columns and no longer in three. This means that in the home the column on the left, where present user data and arguments section of the trend were gone. The latter is shifted to the right, below the section where profiles are advised to follow. The statistics that indicate the number of tweets published by an account, the profiles followed and the followers, as well as the nickname of Twitter that each user chooses, no longer have space in this part of the web. The name of the profile now appears at the top right.

The button that opens the box where you can compose a new tweet also changes position. In the new version, it goes from being located on the top right to the bottom on the right. When this section is opened, it may be noted that the position from which the message is sent can no longer be indicated. On the other hand, the box and the size of the message characters are larger. The button to include emoticons has been renewed. Another modification is that the option to tweet becomes the answer when a tweet is selected.

How to Decrypt PDF File With or Without Password

When clicking on the message, it is displayed in a new window, no longer as a section superimposed on the rest of the contents. The new version also includes the novelty of being able to mark the tweets as saved items and thus include them in a selectable section through the profile menu.

The new look also in other sections

Twitter has also decided to renew some aspects of the other sections that make up the web. Perhaps the most obvious change is the modification of the moments section (stories constructed with tweets that refer to the same topic), which now happens to be to explore. Inside, the contents are now distributed in blocks located in the same column. In order, first, there is the trends and then what is happening. At the end of the page, you can find the different sections in which the news is divided. The function to create a new moment, indicated in the old version at the top right, is no longer available.

In the section of the profile, much is eliminated from the space previously destined to the statistics referred to an account. Now only the number of followers and followed are displayed, while the other indicators of a user’s activity (number of likes, published tweets, compound lists and moments) disappear. Instead, a section is introduced where you can view the tweets for which a user has indicated that they like. The part dedicated to photos and videos gains more prominence, being located in a well visible section on the top right. If selected, these contents appear in a more rectangular format and in slightly larger dimensions than before.

The drop-down menu with the options associated with an account now appears as a fixed section on the right at the moment you click on the name or profile image. Among the available functionalities, a new option stands out that gives the possibility of activating the saving of mobile data if it is navigated with them.

Twitter has announced that the new version of the website has even more news . One of them is an advanced search option (found when looking for something in the search bar and when selecting the most option) improved. Others are the incorporation of keyboard shortcuts easier to use and a “support to update and edit the lists.” The company also claims that it has boosted the speed of the system when it comes to loading new content.

Speaking to this newspaper, Twitter has stated that the renewal of the web version seeks to guarantee users a better “conversion experience”. The company adds that the incorporation of previously absent options such as the scan section and the markers allow “to know better what is happening”. Finally, Twitter ensures that the platform’s management system has been improved.

In the versions of the social network optimized for mobile devices, one of the most outstanding novelties of the last months has been the reincorporation of the modality that allows visualizing in chronological order the new tweets published by the community of users. It is not yet clear if this option will also be available in the new web version. 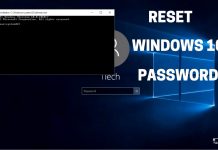