It is very important to always have a good antivirus. There are many options available, but one of the most used and at the same time works best is Windows Defender. But of course, sometimes problems can arise. One of the most common is that it detects a file as dangerous that we know is not. What can we do if Windows antivirus detects a document as a threat ? The option is to create an exception, but even then it is sometimes not enough. In this article we are going to talk about what to do.

When this problem occurs it is known as a false positive. Basically it is a file, such as an image, a text document or whatever, that the antivirus will detect as a threat but it is not. It can also happen with a program that we download, for example. This can be a major problem, since we could not access a document that we may urgently need.

If you need to create an exclusion in Windows Defender you have to go to Start, enter Settings, Privacy and security and then enter Windows Security. You will see different options and the one that interests you is Protection against viruses and threats. There you have to go to Manage settings.

When you are inside you have to go down to where it says Exclusions. There you can add or remove exclusions. It is a simple and fast process. This alone should work fine and Windows won’t detect a file as unsafe, if you really know it’s trustworthy. But sometimes, as we say, it can fail.

One of the reasons why Windows antivirus could detect a file again as a threat despite having created an exclusion is if we move it. If, for example, you have downloaded a Word document and it is in the downloads folder, you create the exclusion and then you take it to another place, Windows Defender may detect it as a security risk at that time.

Why is this happening? We are going to create the exclusion on a specific route . It is the path where that file, that program or the document that we have is located. Windows would detect a different route and the antivirus would start scanning it again and detect again that there is a security threat.

Something similar could happen if you rename the file. Therefore, the ideal if you encounter this problem is that you keep the file in the same place and also with the same name. In this way that exclusion that you have created would continue to make sense.

Sometimes these problems occur because the service is not working properly. For example, that some process has been caught or there is a problem of use. You can take into account the option to restart Windows Defender completely, with all its processes. In this way you can correct problems such as the fact that it detects a file as dangerous despite having created an exclusion.

You have to double click on the name or click with the second mouse button. The next thing is to hit Stop and then turn it on again. This will restart the antivirus completely. You can also accompany it with a system restart to avoid other problems that may occur.

It can happen that this problem appears due to a bad configuration. This will cause Windows Defender to mistakenly detect a file that is actually safe even if we put it on the exclusion list. This can happen if you have touched something in the configuration by mistake or even due to a failure of the program itself.

Everything you see should be marked as Not Configured. If you ever see that it is configured, you have to double click and hit Not configured. Click OK and restart the computer. Later you test to see if Windows Defender still detects that file as unsafe despite having included it in an exclusion.

See if Windows is up to date

When problems of this type appear in Windows, one of the main causes that always appears is that it is not updated correctly. Do you have an outdated version or do you have all the updates installed? It is important that you review it and, if necessary, take action as soon as possible.

To do this you have to go to Start, enter Settings and go to Windows Update . It will automatically show you possible files pending updating. Make sure you have everything installed and nothing is pending. This will help avoid issues with Microsoft Defender as well and one of those bugs is it mistakenly detecting a file as unsafe.

In addition, having the system updated will also help you preserve security . It will prevent you from having a wide variety of problems, such as a hacker exploiting a vulnerability and putting your files or personal information at risk. But you will also get the equipment to work better, without problems appearing.

All in all, as you can see it is possible that Windows Defender detects a file as unsafe even if you have added it to an exclusion. It is important that you take action and see what could have happened. The normal thing is that it is a punctual failure and simply restarting the Microsoft Defender services solves it, but maybe you have something wrong in the configuration and you should take some additional step.

However, our advice is to always use a good antivirus to protect your system and Windows Defender works quite well. It is essential to have everything up to date and make sure that it will act correctly, without compromising security when browsing. 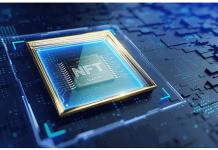 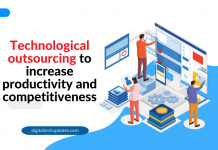 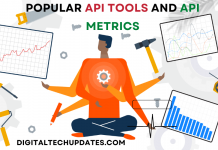