The year 2019 was anticipated to be a great year for users of drone technology and big names associated with the commercial drone industry in many ways. And we have certainly witnessed a lot of new stuff coming up this year in this arena.

Back in 2018, the industry witnessed a wider rollout of FAA’s program called LAANC – the Low Altitude Authorization and Notification Capability. This program is based on the idea of providing access to controlled airspace located near airports. Also, it borrows from the FAA’s UAS Integration Pilot Program and other significant developments that support new regulations for drones and drone pilots in Europe and India.

In this write-up we will talk about the trends currently prevalent and those shaping up as far as the drone technology is concerned.

This year, the FAA might implement a requirement for remote identification on drones flying within the U.S. airspace for commercial and recreational purposes. It is also expected this will come along with some new rules pertaining to flying small drones over people, but it would not be the same as the rule proposed by FAA and notified of by NPRM i.e. Notice of Proposed Rulemaking. Fact remains most likely a rule has been proposed for remote identification of drones and you would be able to see the difference in 6 to 9 months.

To make things clear, having a Drone ID is not a slam dunk, but specific facts and consideration related to an ID signature are under debate within the FAA. Drone IDs cannot be implemented without putting in place the Unmanned Traffic Management system. UTM is anticipated to help out users with popular use of drones such as employing drones to deliver packages or for aerial taxi services and more. Experts suggest not to expect the first iteration of the remote ID to become popular or fulfil vendor expectations reason being it would not have taken into account the variation in policies and processes from one country to another.

More Use of Drones in the Business Community

Aerial drones are more likely to be utilized by the business community although at the moment this may not be happening to the extent anticipated. As time passes by, drone usage will however expand to agriculture, mining, oil and gas, telecom, public safety and security, insurance and many other industries across the globe.

In 2018, many businesses shifted towards conventional use of drones while many others outsourced operations to determine feasibility of inducting the drone program. This effort required a lot done such as setting up and expanding internal teams as well as adding use cases that would qualify for waivers in lieu of putting operations in order.

A major part of growth experienced by the drone industry has been generated by the early hype surrounding the technology. The mainstream hype about usage of drone technology by businesses was that its induction would transform the business horizon entirely. Over the years however, many assumptions and speculations about drones have been witnessed to turn into mere illusions because of vendors such as GoPro, 3D Robotics etc. who suffered a dip – also Airware collapsed at around $118 million followed by Parrot’s poor financial results. These setbacks were enough for experts and consumers alike to form an idea of the future of drone technology. Yet, the good news is there is hope – for PrecisionHawk acquisitions could be certainly hiding many a trick in the bag.

In the year 2019, new imaging sensor integration and related methods were introduced. These included the LiDAR surveying method and the more lightweight and smaller LiDAR sensors too. Advances in imaging software are also anticipated as many companies aim at combining RGB, Orthomosaic, data retrieved from IoT sensors, and many other capabilities. Many organizations, masters of aerial imaging and mapping software, are also expected to induct AI capabilities in their miniature devices such as drones. You can look out for such technologies and how these are put to use provided you have high-speed internet from a well-known provider in your area.

At the moment, most of this information gets processed via cloud-based machine learning which includes deep learning and predictive analytics thus providing trained datasets. Also, some drone-based AI solutions are expected to assist with image recognition/machine vision. Experts however suggest it is too early for such a level of AI to be incorporated into the technology development cycle.

In the year 2019, workflow integration of the data obtained from drones could be the big news for drone users and enthusiasts. There is a chance technology employed by drones might come to include tracking, GIS data integration as well as documentation. And if you further connect the dots many CFOs and CEOs will tend to find it quite interesting to work with drones – a good sign as this trend will pace up the enterprise adoption of machines. Fingers will remain crossed as to what the future holds for drones and industry-wide induction of drone technology. 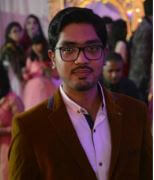 A Digital Marketer who loves to play with Data and Analytics. I do and love establishing businesses online through digital marketing. 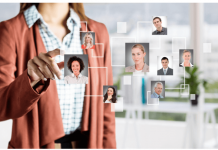