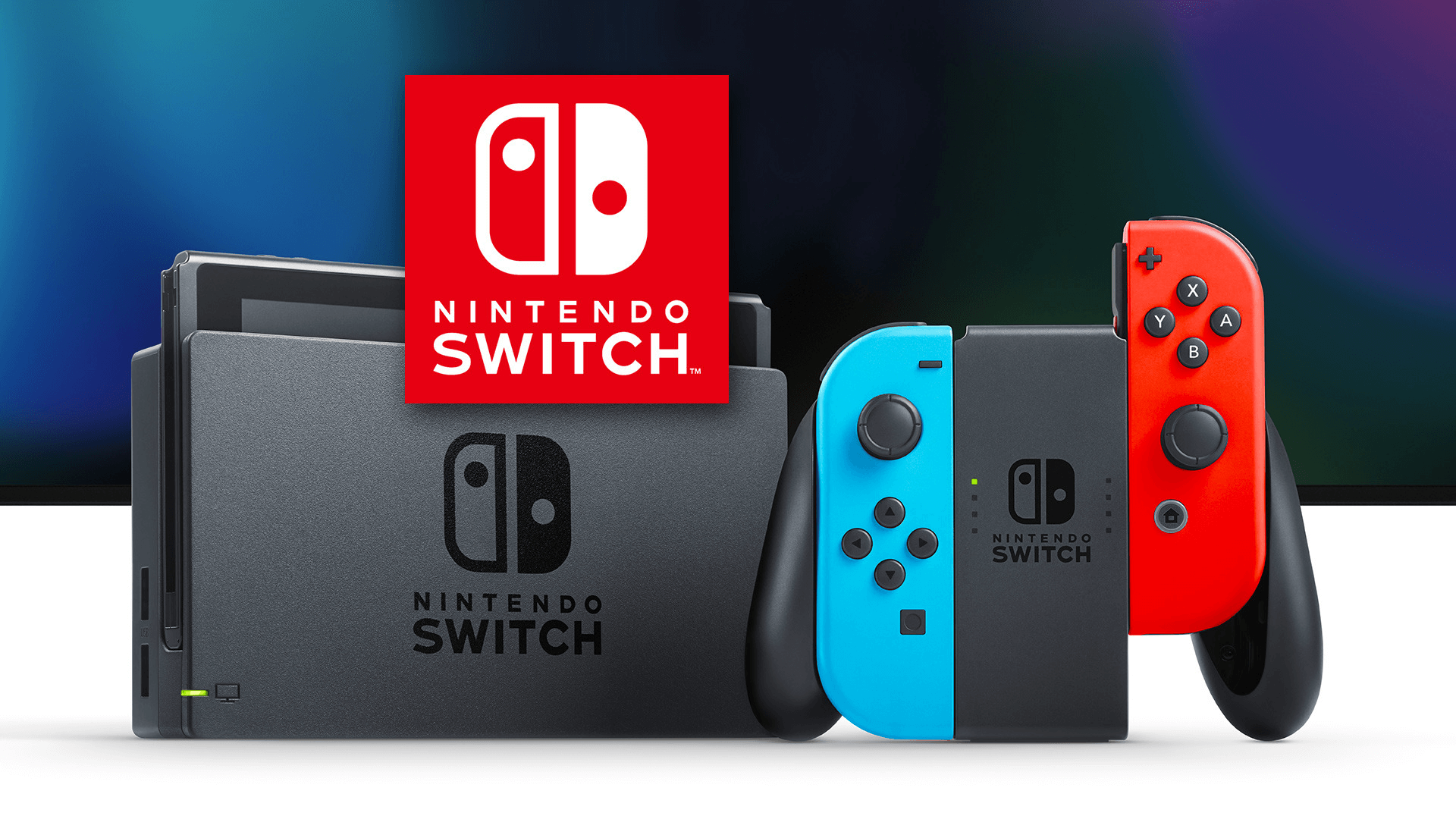 A Nintendo switch is a video game hybrid console that can be used to play and control games at any
place. Users can use the console both as portable and stationary device. The device comes with wireless
controllers having buttons and directional sticks to provide input to the video game.
The company unveiled the Nintendo stitch in October 2016 but released the device worldwide in March
2017. Nintendo is also coming up with a new version of the Switch this September known as Nintendo
Switch lite that is cheaper and more portable than the older version.

What Do You get in the Package of Nintendo Switch? 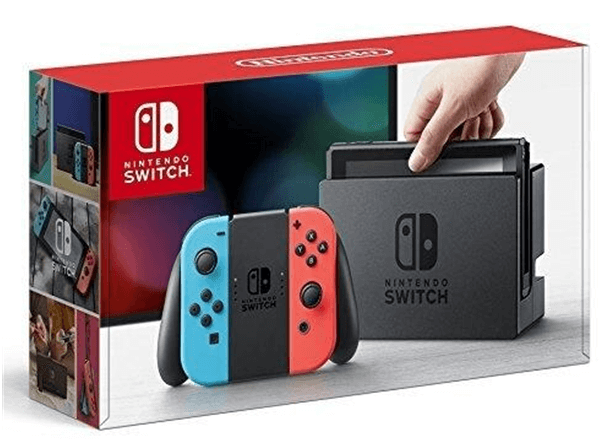 Also, there is a lower cavity in the box that contains the AC adapter, HDMI cable to connect the console to a TV and the instruction manual in which users can find the instructions to use the device. There is a central compartment with bundled controller grip and two wrist straps and also a dock for the Nintendo Switch. All the accessories, including the switch dock, grip, adapter, and cables, come in tiny clear plastic bags. 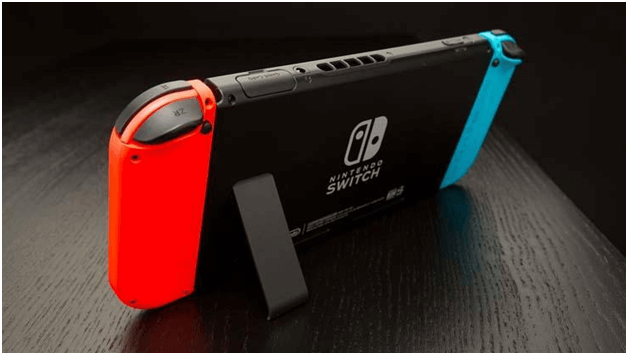 The first thing you notice is the premium build quality of the device and its weight. The switch console weighs 297 gms. Unlike the Wii U gamepad that is made of light plastic, the Nintendo Switch and its controllers are all made of glass, metal, and composite to offer a premium build quality. The beautiful thing about the device is its 6.2-inch capacitive touch screen that offers 1280 x 720 resolutions.

There is a kickstand at the rear of the Nintendo switch that enables users to make it stand while using on a flat surface. The stand is folding that sits into the body of the device, and you can flip it out only when you want to use the same. The quality of kickstand is so good that it ensures the device to stay upright and prevent it from getting unbalanced.

The dock of the Nintendo Switch is made of plastic, and it is easy to slot the Switch in and out of the dock. It comes with a flop down plastic door which users can drop down to gain access to the USB port, HDMI port, and AC adapter port. Users can easily slot-in bundled cables and neatly rout them out of a hole given in the rear plate to make it easy to hide the wires.

Three USB ports are given out of which one is installed at the rear cavity and the other two are located in the dock’s left-hand end. Usually, the neat freaks don’t want to use the external ports, but in case of multiple players, they all need to connect via these USB ports.

The device comes with a 6.2-inch touch screen with 1280 x 720-pixel resolution and 32 GB internal storage that is expandable with a micro SDXC card. Talking about the processor, the device features Nvidia Tegra SOC (System on Chip) processor.

The console of the device supports an eight-player multiplayer. Moreover, there are two speakers given at the bottom of the device and a 3.5mm jack at the top for connecting headphones. Users can attach external speakers using a speaker cable to enhance the gaming experience.

The game cartridges are also called game cards. Users can drop game cared in form the top of the device. The game card slot is given on the top right corner of the Nintendo switch, and the volume buttons on the top left corner with the power button.

Modes you can use with Nintendo Switch

TV mode – Users can insert the Nintendo switch in a docking station which allows them to play games on TV. They can use the Joy-Con controllers to play games wirelessly or attach them to a grip accessory to have more conventional controlling experience.

Handheld mode – Users can also play it without a TV in the handheld mode. They can eject the Switch from the docking station and take it anywhere they want to play. Users can attach the controller to the sides of the screen to make it look like a Wii U gamepad.

Tablet mode – Nintendo switch comes with an inbuilt kickstand that users can set up on any flat surface and detach its controllers. This allows them to play the game at any place in or out of the home.

The capacitive screen is user-friendly and makes the device easy and fun to use. When you start a game, it is easy to change settings or browse the eshop. The user interface of the switch is quite easy to navigate, and users can enter the text by using the onscreen keyboard, tapping options or swiping left and right. The device supports up to users, and the home screen adapts to the most recent games played on the device. When a user launches a new game, the device will ask which user you want to launch.

How do Joy-Con controllers work?

Each joy controller has a full set to buttons, and users can use each one as a standalone controller. The controllers also feature an IR motion camera that offers motion support and detect the hand gestures of users. Also, there is a feature called HD Rumble that offers the controllers the ability to control different types of vibrations.

The company claims that the battery life of device can last for more than six hours. However, the battery back-up depends on the game you play and the usage conditions. For example, Nintendo says that users will be able to get only three hours of back-up if they play heavy games like Breath of the Wild and The Legend of Zelda.

Turning off the Wi-Fi mode and reducing the brightness of screen also doesn’t make much difference in the battery back-up. If you are going on a day trip or flight, the three-hour battery back-up would not be sufficient. You will need to carry a power bank to charge the device as soon as the battery dips below 15 percent. The Switch has a C type USB charging port at the bottom of the device that you can use to charge the Switch even while playing a game.

As mentioned earlier, the device offers the users many great features some of them are here.

Cons of the Nintendo Switch

Despite its several enjoyable features, there are some drawbacks of the device.

The device has already won the hearts of gamers, and users can expect to see more big titles from Nintendo and other parties. It has become the great gadget to offer you joyful games at any time regardless of the place and whoever you want to play the games with.

Unlike the other bulky gaming devices like Xbox, that demand space in your room, the Nintendo switch fits easily into your life. It’s a smart and more sociable gaming machine that you can use to play regardless of the place and time. Overall, Nintendo switch is a great device for gamers and is expected to bring improved features in the future. 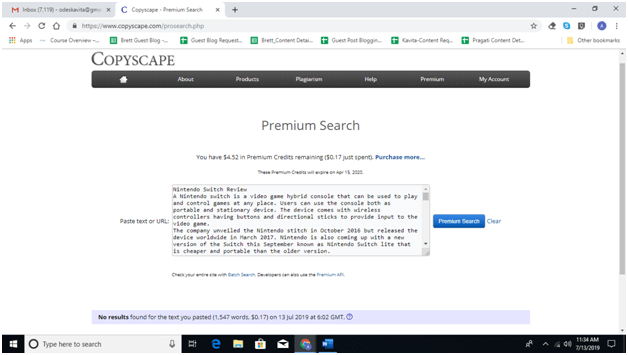 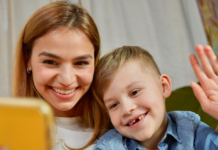 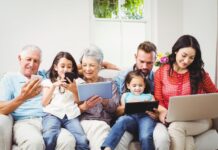 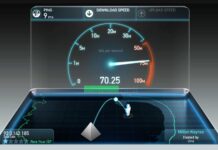 How To Test Your Internet Speed