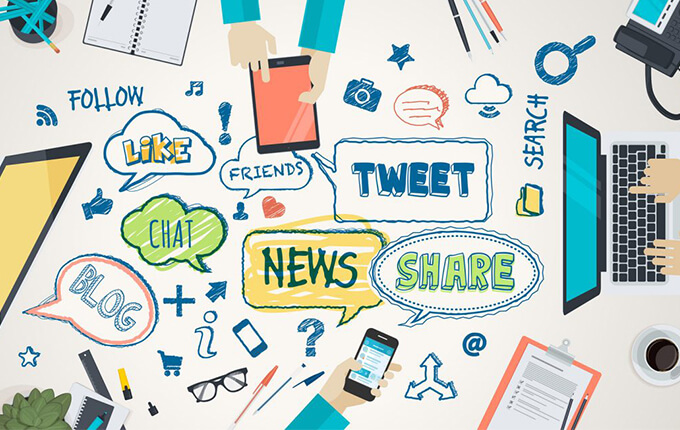 Social media is a new rage in today’s world either you are in marketing or business side or just someone who likes to check other’s activities on their news feed. Unlike websites where we go for a reason or giving someone our house address –social media sites keep us connected with everyone we have added there from our circles. When we get engulfed in our busy routines, social media gratify our bonds by staying in touch with them either we are interacting with them or not – we feel connected. Facebook, since it has people from almost all age brackets, gender, socio-economic, educational, political association no matter which background you would like to differentiate anyone; it has everyone which makes it a separate country with 2.2 billion individuals and on average active 350 million users per month.

We all have our account(s) on either of these mentioned most popular networking sites or all of these: Pinterest, Twitter, Instagram, Tumblr, WhatsApp, Google Plus and/or Snapchat. As per research, it has been proven that we use at least 3 of these social media accounts on daily basis.

What are the reasons and how Facebook is becoming an undeniable and inescapable medium for everybody? In this write-up, we shall discuss all the factors that are conscious, unconsciously and subconsciously make us comprehend how Facebook has taken more space in our minds than any other social networking site.

Facebook not only lets you connect with all the existing friends, relatives, colleagues, or any acquaintances but it also helped everybody connect with long lost old friends with whom we lost touch for whatever reason. The groups on Facebook altogether working for good causes, making memes, sharing and spreading news beating news channels whenever they break news before them exclusively which happens quite often, families and friends have their closed groups. Facebook basically caters its users based on their interest and groups are their backbones when sharing mutual interests and association. When people either with their closed circles or publicly express their opinions and get validation through whichever medium and when they raise their voice or stand for solidarity; most of the times to just to make a point as it has given every individual voice and made the masses aware of freedom of expression as their basic right.

You might find people wasting their time, getting involved in malpractices abusing ethics and laws for temporary profits but that is everywhere. How constructively we use anything –that’s an individual’s call. On the contrary, the positive picture gives countless opportunities and benefits for all of us.  As a journalist and social activist, social media, primarily Facebook has given voice to the unsung heroes, issues that were taboos and nobody wanted to address them were finally given right attention. At times, the stir on a local issue in any corner of the world made it a global issue taking it to policymakers and some laws were amended and came into being too because things got noticed and demanded to be corrected. Social media, as a whole, has been exceptionally helpful when it comes to reaching the people in need where conventional media does not go. However, Facebook is the king of social media because of its unique features and how it has the massive amount of users, no word limit, supporting every sort of media which elevates the purpose by enabling it to get the maximum output.

Bill Gates once stated that if your business is not on the internet it does not exist. That’s how and that is why every business either they need business leads or brand awareness in the market – they need digital marketing to support their business aims as it brings them closer to masses with instant outcomes about reach and everything, unlike conventional marketing which is relatively slow. On top of that, Facebook has introduced its business manager which makes promotions, lead management, website traffic, or whatever the objective may be it supports in all ways and get the best results. Since no TV can ever manage the amount of audience Facebook has by specifying the audience and their interest it reaches the most relevant viewers.

My previously mentioned points bring me to this reason which is not anymore an opinion and something we have observed but it has been proven through studies too. 91% of small and medium business entrepreneurs rely on at least two social media sites, 43% of them spend on average six hours weekly on Facebook, while 81% people have stated that they buy the product and service after their friends recommended them on social media and 74% of consumers rely on social media to make their buying decision. These are a few facts to demonstrate the significance of how Facebook is the backbone of small and medium entrepreneurs. An added opportunity it comes with is: Facebook has bought Instagram and has its own messenger the same promotions can be seen and operated on multiple forums without spending something extra or doing anything special and this reduces the marketing expenditure. 85% entrepreneurs are using it for business networking purposes only and for better connection and effective interaction with existing and potential customers.

There may be people wasting time and energy on Facebook but again it gives us a sea and countless opportunities to be as constructive as we want. There are millions of groups and pages religiously posting educative, informative and facts that are based on latest researches; just to name a few notable sources of information on Facebook. A cherry on the cake, Facebook itself offers online courses certification under its “Blueprint” tab entailing social media marketing and media buying both of them are related to learning digital marketing. Besides that as a marketing platform, it helps education sectors connect with potential prospective students too.

The last and the best thing about Facebook is either you are an introvert or an extrovert or if you are avoiding people or trying to connect with people; Facebook reflects your mood. You can be whatever you would like to be and you can be as productive and constructive as you want. Also, on the flip side, the same features can be misused and abused depending on how we are using it. With positive and productive mindset and having internet providers like xfinity internet ensure great and hiccup free experience, making everything positive as a reflection of stability and powerful performance. 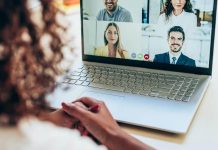 Do not open emails from these brands, they will attack you