Developing software can be a huge income generator for a business with subscription fees charged. The software can also put a smaller company on the map in an industry where they were relatively unknown previously. In the same sense, an established company can harm their reputation by releasing a subpar product or delaying release multiple times. During such a long and complicated process there are a large number of variables that could go wrong. Policies that will help prevent these disasters are recommended. A disaster recovery plan should also be created far before certain milestones are completed. Below are common disasters, recovery tips, and how to prevent these catastrophes from derailing the development of software.

Read more: What are test cases in software testing

Offshore Development Team Fail Horribly During One Phase of Development

The utilization of offshore developers can help speed up the production time of the software. The appeal of hiring a few developers offshore is that the savings for the project can be immense. The proper vetting of developers is important so a test project or small milestone to start can help. Failure to deliver a simple piece of coding or framework by the deadline or failure to follow instructions should end with letting the developer go. Building a team of reliable developers that can work together without language barriers will take time. The team can be a huge help in knocking out projects quickly with low costs. The right project management platform can be of huge help for the organization of offshore developers. The platform can also assist the entire team working on some facet of development or launch preparations.

Read More:   Is 3D Product Visualization for You? 5 Most Common Applications in Business

The occurrences of former employees stealing ideas or utilizing the framework of the software is more prevalent than many people think. Keeping information safe utilizing a Helm repository by JFrog also aides in the management of a development project. Patent any ideas or usages of the software that are possible and financially feasible. The patent process can be lengthy and expensive so keep this in mind. Look at this launch as an opportunity to make final tweaks on the software to make the software superior. A better marketing plan can also help a company surpass another especially if the fast release led to mistakes in testing resulting in buggy software.

Delays in development or approval by a client can incur costs on a company developing software. The stalling of approval will still require those working on the project to be paid even if little progress has been made. In-house development teams can be expensive to staff. Making sure these employees are productive around the clock is imperative. Nobody should be sitting idle during any phase of the development if they have skills that can help elsewhere. Extra cash flow can be used for additional testing and market research before the official launch of the software.

The Project Ultimately Runs Out of Budget

Companies that are releasing software to create another stream of income might run out of money for the project. The main income stream is going to be protected at all costs as it was funding the development of the software. An incomplete product will generate no income and all the money invested in the project will be lost. Companies that regain financial stability might revisit launching the software. The restarting of this project will also require extra marketing budget. Creation of a buzz for the release of the software again as will be outlined below. Keep costs low without impacting the quality of the software being developed. The savings early in the project can be allocated to an area of concern later in the development or marketing of the software.

Read more: How to Choose the Best Data Recovery Software

Failure to Create Any Buzz Over the Software

Software is much like any other product in the sense that it needs to be marketed effectively. An inferior piece of technology could have quite a few more users and subscribers simply due to a superior marketing plan. Creating a buzz is the most important facet of the project that the marketing team can assist with. Building links back to the pages the software signup or new user registry will be on a few weeks before launch can help immensely. Including the software in roundups of useful tools to come out soon on relevant websites can also generate interest. Email blasts of a beta version of the software can intrigue thosethat do sign up into utilizing the paid or full version.

The software development process can be stressful. A large amount of capital being put into any project comes with a sense of unspoken pressure on staff undertaking the task. Prevent disasters by planning proactively to reduce budget wasted due to delays and inactivity of staff. 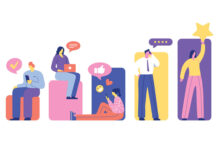 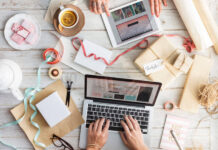 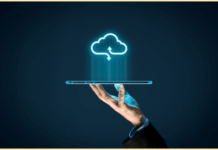 Kubernetes or Cloud Foundry: What to Choose?