Electrical surges occur on a daily basis and can go unnoticed many times. It is a disruption or a sudden spike in the electrical flow, and little by little these surges can ruin electronic devices. That means anything from chargers to laptops, kitchen appliances, and anything plugged into an electric port. They don’t have to occur frequently to damage electronics, sometimes even a major spike can burn a device in an instant.

So how do you know when a power surge occurs? Some obvious tell-tale signs indicate an electrical surge. Have your lights ever flickered consistently for a few seconds or so? Yup, that right there is a power surge. It also sometimes happens that devices stop working out of the blue and most of the time it is because of an electrical surge that burns the inner wiring or chip of the said device. Many times there is also a burning smell around the device or from its electrical port – that can be quite dangerous and can indicate faulty wiring that resulted in a power surge.

Electrical surges usually occur because of malfunctions in transmission lines or transformers, but there are more reasons why they can occur in households.

There isn’t really a permanent solution for electrical surges because they’re caused by numerous factors – some that cannot be fixed and are simply like a bi-product of nature you can say. However, there are measures that can be taken to protect your home and your electronic devices.

In order to avoid having your other home appliances suffer because of a dear old air conditioner, for instance, it is best to invest in newer appliances that are more energy-efficient and simultaneously cut down on your electric bills in the long run as well. 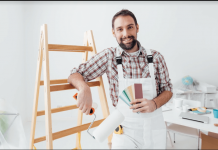 What Are The Most Undervalued Crypto In 2022?